I always felt there was something very special about this image. Perhaps is the combination of the positioning of the subject with the sunlight illuminating the background and projecting his shadow on to the ground beneath and around him. There is also the geometric lines in the grass where he is standing one spring afternoon. Of particular interest to me is his own physical standing: right arm behind his back and the hand holding on to the left elbow at the side.

The shadow produced by the tree in the background is also very special since it lends the general surrounding area a strong element of darkness and makes it correspond with the image projected by the human body against the ground.

The element that makes me like this image more than others in the same vein is the subjects’s stance: it is guarded but at the same time he holds his own individuality up front. The uncompromising gaze of the boy reaches straight into the camera’s lens. He confronts the moment the camera clicks and records the image for posterity thereby establishing and indelible relationship with the viewer. 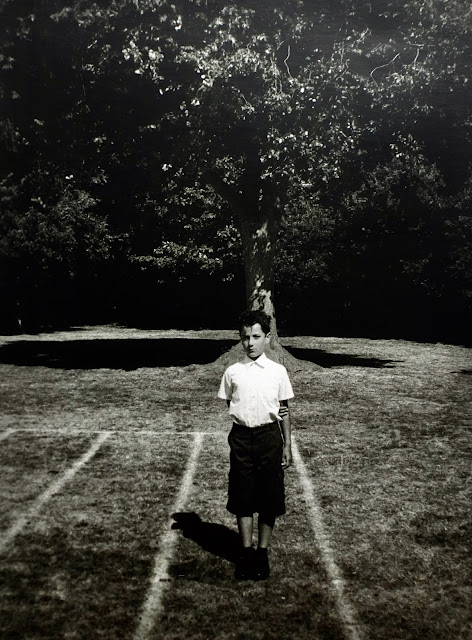 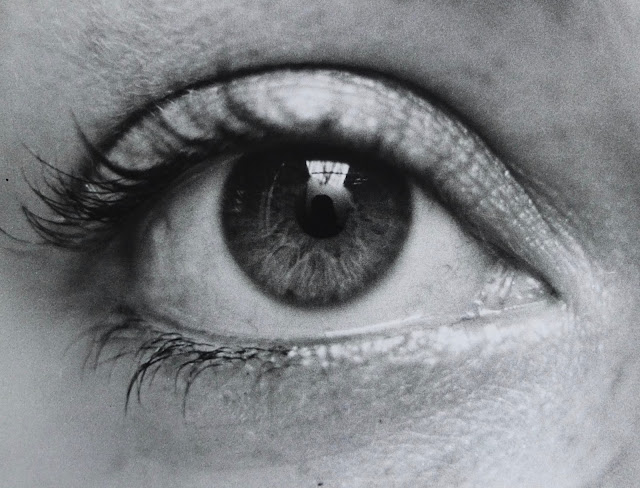