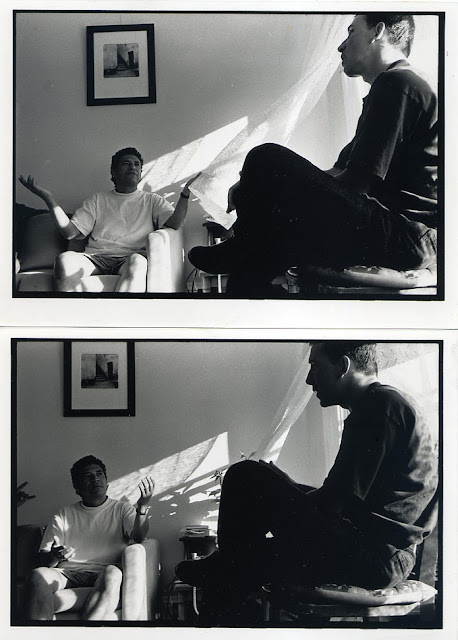 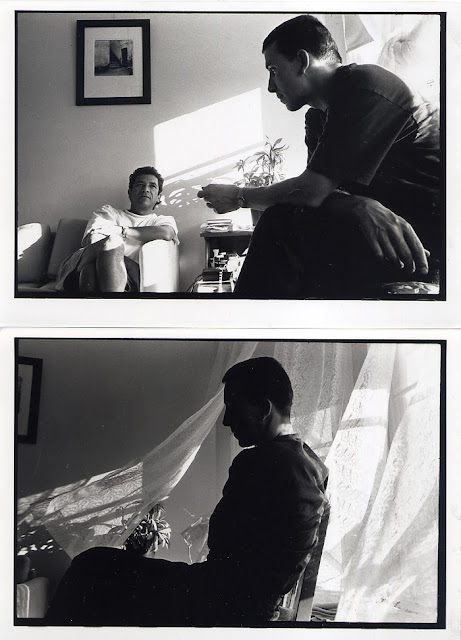 During our days at Gamma Labs in San Francisco in the early nineties, Olivier and I became acquainted with the much admired Magnum photographer Paul Fusco. One day Paul surprised both of us by asking if we had some time to look at a documentary of his, about terminally ill Aids sufferers living in an old hotel in the Tenderloin district.
In mid-June Paul showed up at my apartment on Potrero Hill, and we had some beers and had a chance to see his photographs and talk shop for a few hours.
A couple of weeks later, Paul very graciously handed me an envelope with at least a dozen signed shots which he had taken during the course of our conversation.

They are, of course, beautiful! And you, so engagé!