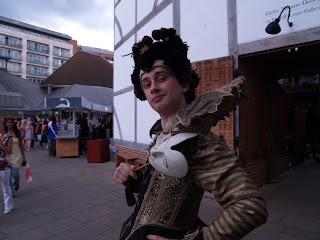 This lovely girl is on her way to perform his part in the Merchant of Venice at the Globe Theatre in London. The theatre is a jewel in the midst of the city, away from the hustle and bustle of the vast commerce and influenced only by the plays of The Bard, Monsieur Shakespeare himself. The site stands where it was 400 years ago and it was built using the original plans. The crowd mingles with the actors and vice versa, the atmosphere is very informal and the open roof allows the tender summer night to descend onto the space unnoticed.
Posted by lalo borja at 07:47 No comments: 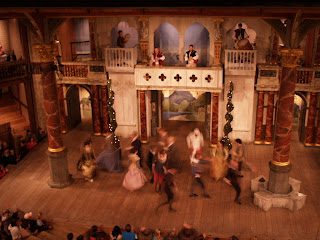 The actors finish their Merchant of Venice
Posted by lalo borja at 07:43 No comments: 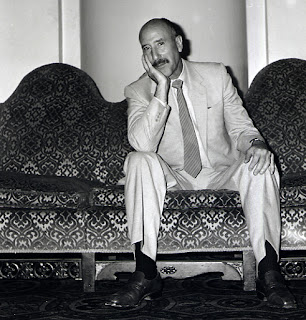 Nestor Almendros was a superb director of photography who imparted his vision of beauty to a handful of contemporary movie productions, in America and Europe. He grew up in Cuba, having been born in Barcelona of Catalonian parents. His imprint in the Nouvelle Vague, in France, made him a necessary photographer for many great film directors.
Sadly, he died in March 1992.
This portrait was taken in the lobby of the Castro Theatre, the fabulous cinema house in San Francisco, during the premiere of his documentary "Improper Conduct", where he denounced Fidel Castro's treatment of gays in Cuba. 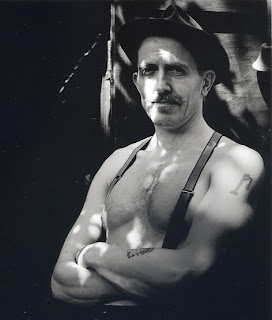 Billy Childish, whose name is a contradiction, if we judge the intensity of his paintings, has the affable demeanor of a gentleman on a Sunday date for tea, in the proverbial English garden. He has the ubiquity of the chameleon and the steely gaze of the self-assured accomplished artist. 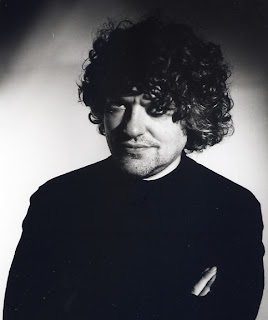 Paul Elliott has the pulse of a secret vein in the surreal world that surrounds him. His small canvases are populated by strange concoctions which mix crazy text and even crazier visuals to project a sometimes surprising twisted sanity.
Posted by lalo borja at 05:25 No comments: 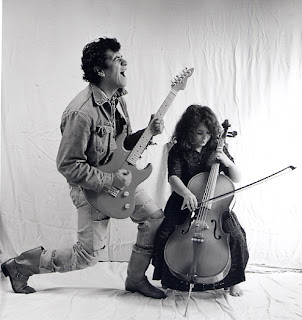 Sahara and Lalo rehearsing for the concert that was not seen by anyone except the photographer.
Posted by lalo borja at 05:21 No comments: 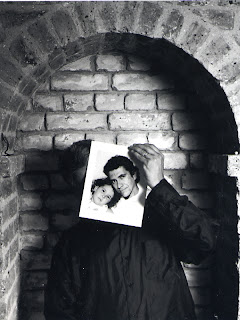 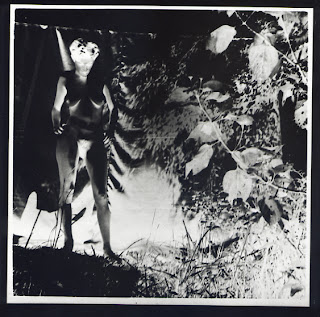 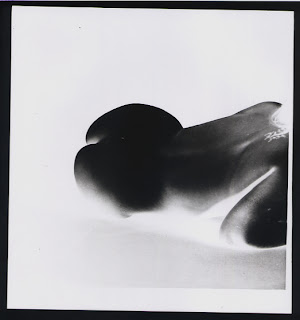 One day the light was good, streaming wildly from the windows next to the garden in my humble abode on the hills way up, on Potrero Hill in San Francisco. I waited for years to find anything new to say about this image and finally got it, by making it look like a negative.
Posted by lalo borja at 11:41 No comments:


Many photographers are suckers for two ongoing concerns: cemeteries and train stations. I will not be the exception. This one got the best of me one morning on the way to work. I would not have shown this one at any meeting of the local photo club, but I can show it here where nobody can tell me off for doing so.
Posted by lalo borja at 11:36 No comments: 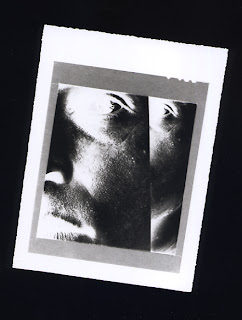